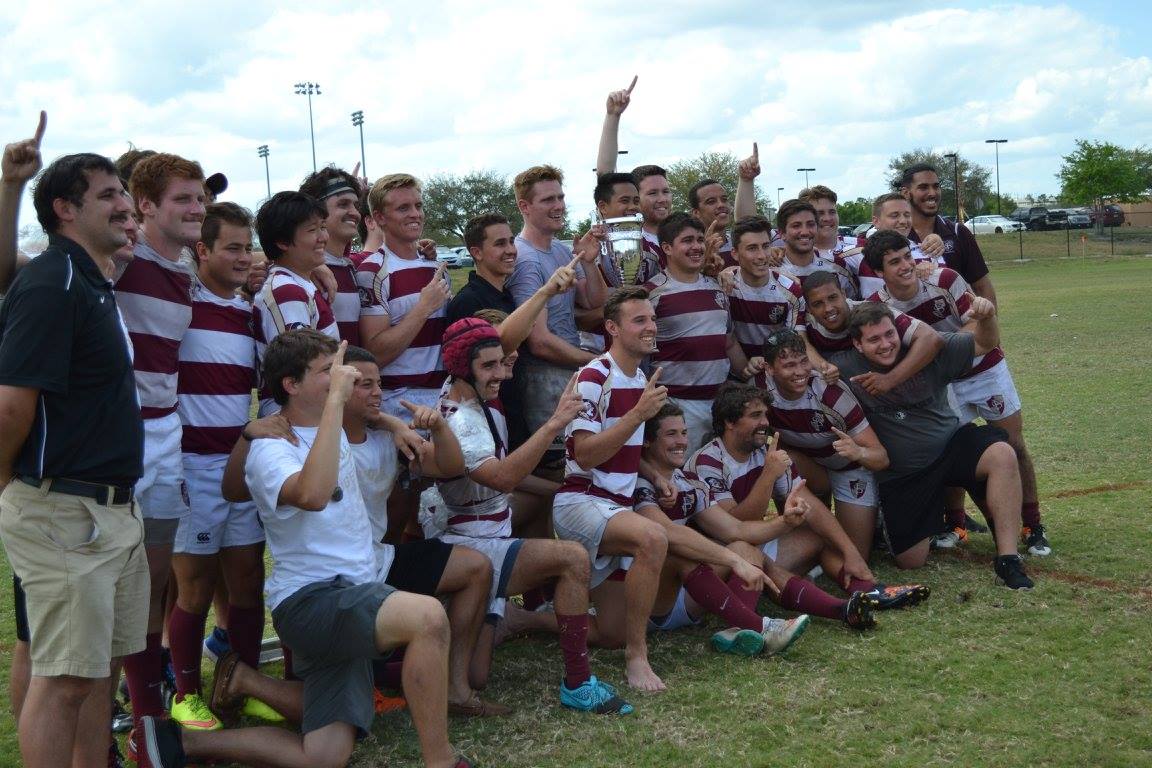 It had been five years since the last time Florida State won the SIRC championship, and two years since they even made it to the playoffs, missing out in 2015. However, with a weekend filled with hard work, mental toughness, and stout defense, the Seminoles came out on top.

The first match of the weekend was Middle Tennessee State University taking on the University of Central Florida. Although the Knights were in third place of the south division, Florida International opted out of the playoffs in order to focus on their National 7's championship berth, giving UCF the second seed in the conference tournament. Despite Central Florida dominating the first half, going up 29-7, the final score was a much closer 37-22.

The second match had the 'Noles taking on the Golden Owls of Kennesaw State University. FSU pounded away on defense and Frazer Baron opened up the scoring with a try. On the ensuing kickoff, lock Kody Boswell caught the ball and proceeded to take it to the house for an immediate second try. The Seminoles continued to retain possession and limit the amount of penalties, resulting in two tries for wing Cameron Chadsey. A staple of Florida State matches this year has been a punishing defense within their own 5 meters. Kennesaw State had several trips to this area, and were finally able to come away with a score after the 'Noles conceded consecutive penalties in the dying minutes of the first half. With a half time score of 26-7, the Seminoles continued to push on the gas. Evan Barada opened the second half scoring a try in the first minute and then went ahead and scored another ten minutes later. Anthony Soto scored one more try in the 70th minute and the Seminoles moved on to the championship round with a final score of 43-7.

The championship round was set. A match up between Florida State University and University of Central Florida. Both teams had a victory over the other in the regular season. The match was a slugfest, with little scoring occurring in the first half. UCF slotted two centered penalties off of undisciplined Seminole penalties in the third and 28th minute of the match to go up 6-0. FSU, much like in the previous match showed excellent control of the ball and intuitive rugby skill, eventually slotting a penalty of their own. Center Arturo San Segundo put in an excellent chip kick over the UCF defensive line and Cameron Chadsey found it off the bounce for a try at the end of the half, putting FSU up 8-6. At the start of the second half, the Seminoles pushed in to the Knights' red zone. Ccaptain Jordan Lupton caught them sleeping at a penalty and quick tapped it in for a try that was then converted. There would be no more scoring until the 68th minute when UCF scored a try and proceeded to convert it, leaving the score at 15-13 in favor of Florida State. Although the defense was resound, the 'Noles conceded a penalty in the 75th minute. Central Florida put it through the posts and went up by 2 with minutes to go. Following the kickoff, the Seminoles punished whoever touched the ball, resulting in a turn over. Calm heads were in effect as the boys continually worked the ball across the field. The relentless pressure yielded a penalty, 22 meters out, dead center of the pitch. Frazer Baron did as Frazer Baron does and the ball found its mark. With a minute to go, FSU received the kickoff. A miscommunication at the back of the ruck led to an incidental obstruction and gave UCF a scrum in FSU territory as the last play. Incredible tackling in the backline along with pesky hands in the ruck and the ball was coughed up and put in to touch, securing the SIRC championship for Florida State. Next up for the Seminoles is the National Round of 8 in Spartansburg, South Carolina.